For information here’s the government advice on Tier 3

It’s a big well done too, to our first stars of the week of 2018! All of these children have made a special effort this week with their work, their behaviour or their attitude in some way. Well done! 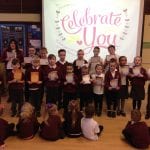 Over the festive season, our Mini Vinnies have made Christmas cards and visited Butterwick Hospice to deliver them, and sing carols. The patients have loved this, and we have had some lovely messages of thanks. Well done Mini Vinnies 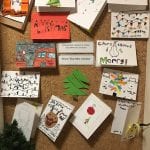 Children from Year 6 collected all of the food donated to our Harvest Food Bank, and took it to Woodhouse Close Community Centre. We filled lots of bags, and heard about where our donations would go – to local people in need. Thank you for helping us with this great cause. 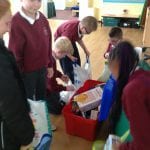 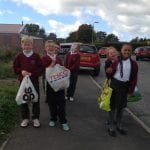 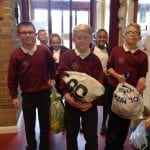 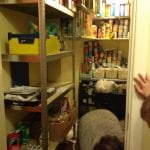 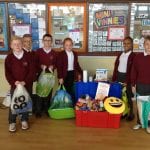 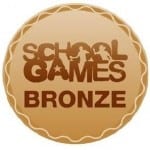 We are very pleased to announce that we have been awarded the Bronze Sainsbury’s School Games Mark for our commitment, engagement and delivery of competitive school sport in 2014/15. We are now working towards the Silver Award.

On 11th September Year 6 attended Faith ’15.  Organised by our Diocese for schools from all over our region, the day included dancing and singing with the Faith ’15 band, a chance to hear Bishop Seamus speak, and talks by inspirational visitors.

We heard from Richard Moore, who told us his remarkable story of forgiveness after being blinded by a rubber bullet in Northern Ireland when he was a child.

We also heard from Finn, a ten-year old pupil from Sacred Heart Primary School, Byermoor who was born prematurely and has raised over £2,000 for ‘Bliss’, a charity that helps babies and young children who need special care and assistance, by cycling the Coast to Coast route.

“Lord Jesus Christ,
Shine your light upon your children gathered here.
Send them out to be your witnesses, proclaiming your Good News
Strengthen them, teach them and inspire them to live your love and so inspire others.
May they remember they are chosen to be your disciples
And may the Holy Spirit be with them so that they may always be inspired to inspire.
We ask this in your name.  Amen.”

To read full details of this wonderful day, visit the Diocese of Hexham and Newcastle website.

We had a fantastic time celebrating reading on Thursday 5th March. The children came in some amazing costumes and we all enjoyed the book quiz presented by The Little Princess (aka Mrs Kinsey.)

Take a look at some of our photos!

We use cookies to ensure that we give you the best experience on our website. If you continue to use this site we will assume that you are happy with it.OkRead more